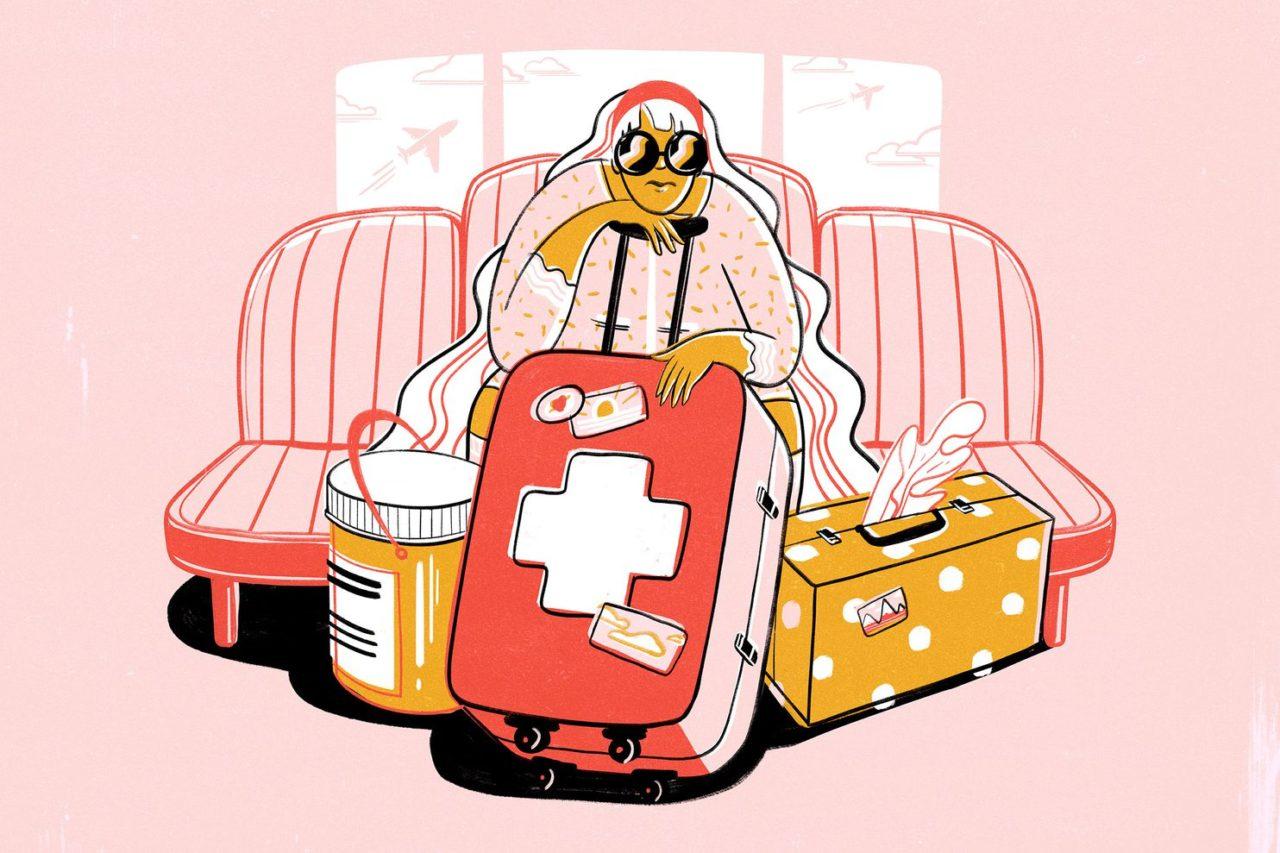 Regardless of what happens next, the world after Coronavirus will be remembered as a turning point in the mass adoption of technology. From artificial intelligence to automation, blockchain, and virtual reality. While none of these technologies are necessarily new, locking down nearly 40% of our world population certainly accelerates the growth trajectories they were already on. Technological advancement has never happened this fast before, and it will never be this slow again.

A deep dive into the future

For most of us, the past 100 days have been history in the making. Some call it the Black Swan event of our time, others a human tragedy. But the borderless march of the Coronavirus (Sars – CoV-19) has turned our once-familiar world into an ocean of uncertainty.

With nearly 40% of the World population in lock-down, more than 3 billion people have been forced to change their daily habits overnight. By the end of last month, no less than US$26 Trillion had been wiped off the value of our global equity markets, leading up to more than 10% of the US workforce filing for unemployment and shaking up our debt-ridden economies worldwide.

Needless to say, we’re in the open waters. And the decisions made today will determine the direction of our future.

While personally, it’s been heartbreaking to witness the magnitude of this wave hitting the most vulnerable, giving rise to political exploitation turning us against one another, I’ve been equally inspired by the solidarity, resilience, and resourcefulness.

And it is the latter, the resourcefulness, that is breathing new life into those with a curious mind. Even with zero visibility ahead and no playbook to follow — the new post-coronavirus reality will emerge not only with new technologies but fundamentally different business models. 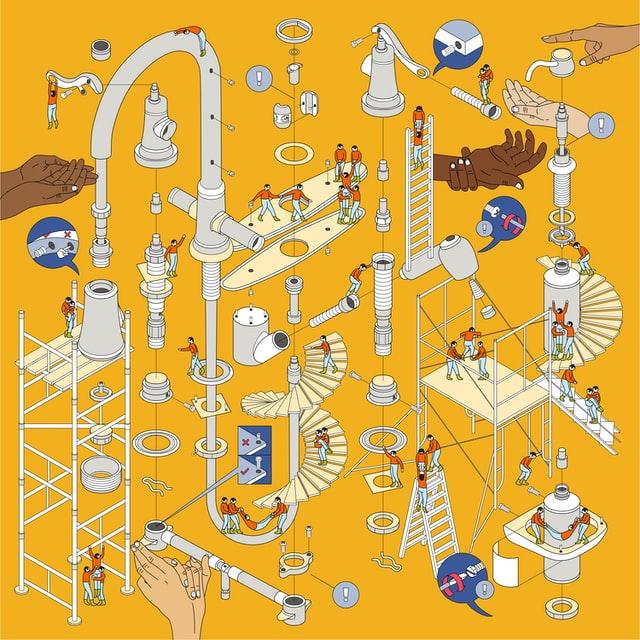 What the Past Has Taught Us

This isn’t the first time we are in a worldwide catastrophe and will certainly not be the last. Even though the first two quarters of 2020 might feel like a huge reset, many experienced CEOs are doubling down on investments as the international markets slump into what’s already being known as the mother of all financial disasters. Many companies that have changed our lives, like General Motors, IBM, Disney, FedEx, and Microsoft were all born during an economic recession. More recent examples include Instagram, Whatsapp, Airbnb, and Uber, all born during the 2008 financial crisis.

If history can teach us anything, it would be that this time can be one of the best times to start a business.

What if this time is different?

Harvard economist Kenneth S. Rogoff warned that this is shaping up as “the deepest dive on record for the global economy for over 100 years”. The IMF is making comparisons to the 1930’s Great Depression and the UN chief calls the Covid-19 pandemic the worst crisis since the Second World War.

While predicting an accurate future outcome is about as easy as winning the Nobel peace prize, it is undeniable that before the pandemic our systems (political, economic, and social) were already in a vulnerable position facing unprecedented levels of complexity, speed, and change. With this, the Covid-19 has exposed our weak spots and highlighted the need to redesign many of our existing systems: banking, healthcare, misinformation, digital bureaucracy, and augmented experiences, just to mention a few.

Echoing Richard Branson’s words, a business is simply an idea to make other people’s lives better.

Businesses born today will be the success stories our future generations will study the same way we study innovation from past recessions.

As an unwavering optimist, I see a huge testing ground as nearly half the world’s population is in quarantine, isolated from the physical world, exploring new ways to connect, communicate, express and create. While some behavior is frozen, new consumption habits are being formed. New business models are emerging and along with them, entire economies.

Schools, labor unions and public institutions, offline services that were once considered impossible to digitize and corporates that had been contemplating their online presence for years and years.

Transforming traditional businesses into digital ones isn’t just about the operations themselves. It opens up an entirely new territory where market domination is sourced by the crowd and governed by algorithms. From staff-on-demand to crowdfunding and leveraged assets to the sharing economy, we’ve seen this trend recently being embraced by everyone, from yoga instructors to flower retailers and design coaches to gourmet chefs.

Once the genie is out of the bottle, it’s hard to lock the new digitized habits back in. By 2022, more than 60% of our global GDP will be digitized and 70% of all new economic value over the next decade will be based on digital platforms. Data innovation, evidence-based information, and governance as well as self-sovereign identities are all areas that deserve further exploration.

Our world is no longer tied to our physical identity. We live in multiple worlds simultaneously and juggle a number of personas in parallel. From work to social and family to entertainment, there are 3 billion social media users worldwide (yes, the same amount as under Covid-19 lock-down currently) with each of us walking around with an average of 7 social media accounts. 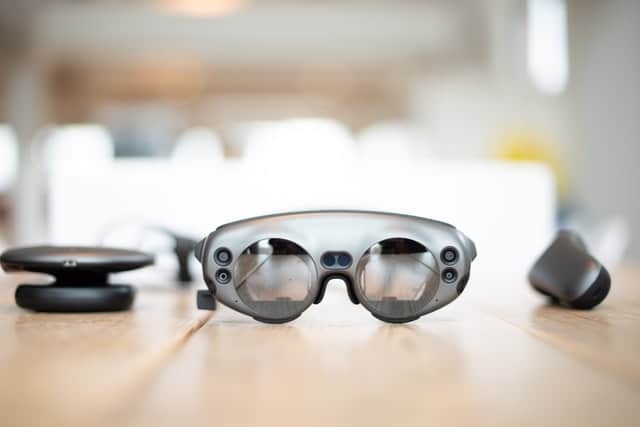 As an industry that is expected to see worldwide spending of nearly US$19 billion this year, AR/VR is forecasted to achieve a five-year annual growth rate of 77% by 2023. With this, each new industry, function, persona, and demand opens up countless opportunities for businesses that understand the multilayered nature of such an economy.

Smart cities, smart energy, smart production, and of course, Smart Companies. What all of these have in common is their ability to self-execute given tasks and workflows without any human input. Whereas smart contracts can self-govern and self-enforce a set of actions without third parties, AI and machine learning have the ability to monitor, optimize, and use cognitive/predictive analysis to go beyond historic data.

Computer scientist Andrew Ng compares adding AI to electricity. Just as electricity transformed almost everything in the 19th century, adding ‘smartness’ to existing products and services will transform today’s industries in the next several years. Being in the space we are today, it’s indeed hard to argue against this. 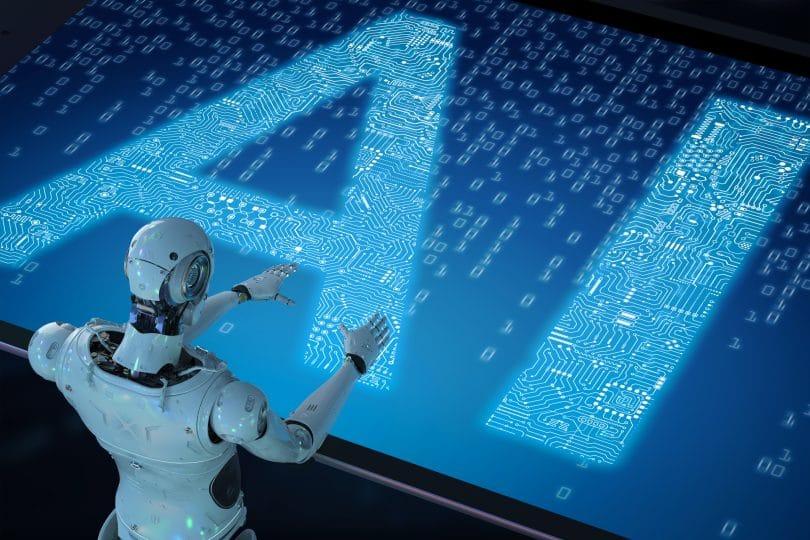 In times of crisis, resource distribution is rarely spread even. While many industries such as aviation and hospitality are completely frozen, others are experiencing such a surge in demand they’re struggling to meet the needs. Adding a smart layer on our existing infrastructure and workflows could ease unexpected disruptions in many ways.

Challenging our current make-use-dispose linear economy enters the circular economy. Mimicking biological ecosystems where waste doesn’t exist, all resources used are designed out of operations through reducing, reusing, recycling, and finally repurposing into a new life. This is also known as the closed-loop economy, used by NASA astronauts in space stations as well as scientists studying future life on Mars.

In circularity, traditional ownership models will disappear as businesses will shift into new ways of creating value: from co-sharing to leasing and collecting to regenerating. 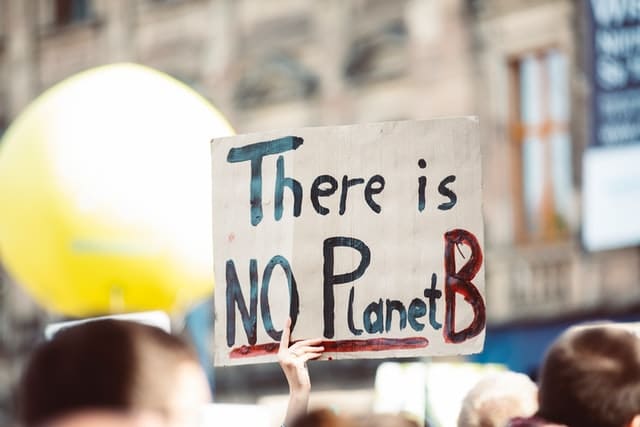 Estimated to evolve into a $4.5 trillion industry, circular businesses are naturally incentivized to check the boxes of environmentally conscious consumption, intelligent technological application as well as cost reduction.

With our Covid-19 response being increasingly more linked with climate change, calls for a more systemic change have been on a steady rise.

Imagine a world where businesses could operate 24h a day doing whatever their pre-programmed rules have determined — with no employees, no bosses, and no owners.

A modern economy where each and every touchpoint of an item or workflow is recorded on a peer-to-peer ledger, removing the need for third parties or more fundamentally, trust. Enabled by blockchain, technological decentralization inevitably leads to a flatter society where tokens set the basis for a new kind of system: contribution economy.

In a complex world, this represents a more emergent strategy where collective decision making is based on testing numerous possibilities, even contradictory ones, and then adapting these into action towards shared goals.

To many of you reading this, this may sound like a utopian daydream, but a decentralized economy, in many ways, already exists today. For instance, the way open source developers community contributes builds and recognizes one another is very different compared to a centralized system, where it is up to the leader to decide the direction and therefore shoulder its consequences. Similar to the science community, quality is determined by the collective values (robustness, confidence, validity, replicability, etc.), not by a top-down hierarchy.

It’s hard to talk about decentralization without touching DAOs. This is a type of organization that governs itself by code. Its rules and protocols are maintained on the blockchain. Because it can issue tokens, it can create a variety of incentive models from external funding to motivating its community to plant trees or spot transaction inefficiencies. This is DAO in theory.

Among my favorite things about the Covid-19 lock-down needs to be the creativity and cooperation of people and artists. From collective singing on balconies to viral initiatives like #TogetherAtHome, artists have come together to lift the spirit. In various ways, the space between you sitting at home watching your favorite musician performing unexpectedly disappears. 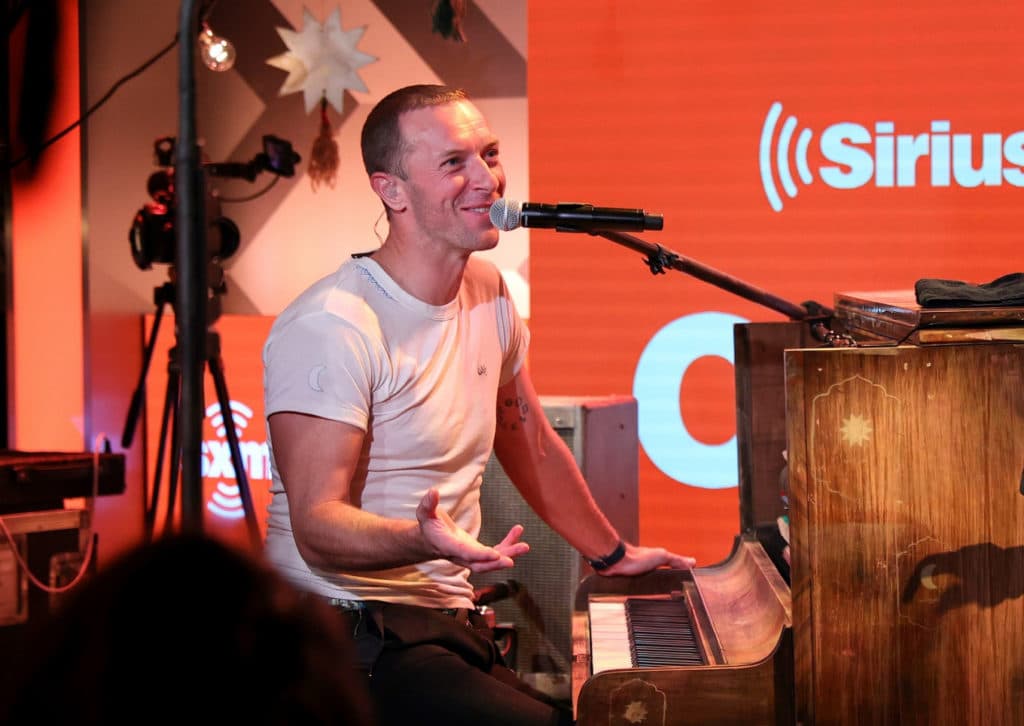 As the world is in crisis, the collaboration economy has just gained new meaning. People rely on each other to meet their needs from face masks to entertainment. Sharing, swapping, trading, and co-creating, everything is coordinated between networks.

This begs to ask – what if we had a better system of rewarding one another?

So this leads me to the tokenized economy: a model where individuals can share their craft directly with their communities. Tokenizing assets is one thing but this would be tokenizing yourself, your talent, your concepts, anything value-based. Your contribution to them could be a small amount of money, or perhaps just attention (as the browser I’m using to write this already does). And your reward would manifest as your support, the music itself, or its future earning potential.

Regardless of what happens next, 2020 will be remembered as a turning point in the mass adoption of technology. From artificial intelligence to automation, blockchain, and virtual reality. While none of these technologies are necessarily new, locking down nearly 40% of our world population certainly accelerates the growth trajectories they were already on.

Technological advancement has never happened this fast before, and it will never be this slow again.

Almost every company and citizen from kids to the elderly are now given the opportunity to change, adapt, and create a virtual presence  – and thrive in it. The growing importance of resilient systems, the ability to verify ‘truth’ from misinformation, local self-sufficiency as well as intergovernmental collaboration have unquestionably left their mark on our global economy.

If this is not the time to rethink the way we live, work, and create, it never will be.

Our past has shown us that some of the greatest inventions emerge from times like these. And as we’re facing unprecedented challenges ahead with no ability to even calculate risk, this is the era for the agile, curious and open-minded. Finally, if there’s something we’ve learned about change during this pandemic, it might just be that even with the hardest resistance, when the circumstances are urgent enough, people adapt. Even faster than we thought.

And I truly hope that it’s a change for the better, for a future we all want to see.

Any cookies that may not be particularly necessary for the website to function and is used specifically to collect user personal data via analytics, ads, other embedded contents are termed as non-necessary cookies. It is mandatory to procure user consent prior to running these cookies on your website.